Special Commission on the Abduction Convention 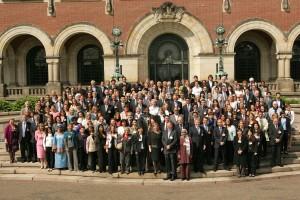 After ten days of meetings in early June, the Special Commission convened in The Hague to discuss the practical operation of the 1980 Child Abduction Convention and the 1996 Child Protection Convention issued this series of Conclusions and Recommendations.

Statistical information gathered for the year 2008 from 60 countries, analyzed by Professor Nigel Lowe and Victoria Stephens and presented at the meeting, showed a 45% increase in the number of Hague return applications since the last survey completed for 2003.  The overall return rate from these applications was 46%, with a judicial refusal in 15% of cases, a withdrawal of the application in 18%, and about 8% of the cases still pending as of the survey date in 2010.  The full statistical report is available here;  national reports for ten different countries, including the United States, is available here.

Part II of the Special Commission meeting, which will focus on the feasibility and desirability of a protocol to the Abduction Convention,  has been tentatively scheduled for January 24 to February 1, 2012.